The WON Agency, based in Vancouver, BC provides artist management, bookings and talent development services. Our staff have a wide range of unique skills and abilities in dealing with:


The company is focused on growing and establishing a world-wide artist management firm. Success is already assured. 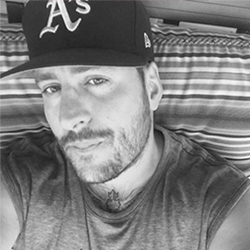 Jay Simpson was one of the Directors and Founders of the Window Opportunity Network, also known as W.O.N. Agency. Jay first was introduced to the music industry back in 1999, when he started Blue Ghost Entertainment. This company was focused on booking artists into clubs and venues across Canada. Jay became one of Canada's top promoters and MCs, and is remembered fondly after his passing.

They say that when a door closes, a window opens, and that was the sentiment that was in mind when the network was created. The W.O.N. Agency, based in Vancouver BC, still provides artist management, bookings and talent development services. Jay has left his mark on the world, and just a few of his exploits with W.O.N. can be read about in detail at www.wonagency.com

In 2005, Jay took on a new direction, focusing on building his company. He started another venture with Blue Ghost trucking that lasted for well over a decade. He stepped back from being hands-on with the day to day operations so he could focus on company growth and expansion. In early 2015, and after years of building his corporate network, he teamed up with Rich World Records, and was appointed the Vice President. After a year of successfully building artist relationships with Artists such as Van Wild, C.B AKA Country Boy AKA Cooli Booli, K-blitz, C.l McCoy, Ray Slijngaard, DJ Battle cat, and Ronnie King making a huge impact in the local Canadian music markets, Jay decided to leave Rich World and start " W.O.N - The Window Opportunity Network". The company is focused on growing and establishing a world-wide artist management firm. Success is already assured, and Jay's dream continues to be realised posthumously through this agency.

This legendary agency has supported some truly awesome artists throughout the years, including Suzanna Lubrano, MacShawn100, and of course the one and only legendary Snoop Dogg AKA Snoop Lion!

Such big dreams come from people prepared to go the extra mile and work in harmony with his team. Jay was a man who had touched the lives of many: so it hurt all of us at Blue Pie and DJ Central deeply when Jay Simpson passed away on the 25th of June, 2021.

Pictured here is Simpson standing in good company: CB aka Country Boy now known as Cooli Booli, Blue Pie/DJ Central CEO Damien Reilly, and the one and only Ronnie King, the iconic producer of Tupac, Mariah Carey, The Offspring, as well as many others.

As well as Damien, Jay Simpson also worked directly with Danny Saber, and was responsible for several wave-making hits due to all these collaborations between musical savants.

Simpson rubbed elbows with some true musical titans as you can see, but it didn't drop into his lap from nowhere. He pioneered an incredible roster of artists, building everything from scratch with his fellow director and co-founder, Cliff "C.dawg" Wise.

It's a sad thing when a dynamic duo like that of Simpson and Wise parts ways due to this frail mortal coil of ours. Some truly legendary music has resulted due to their efforts, and when a talented artist had the door closed in their face by other agencies, they could always count on the window opportunity of W.O.N. It's inevitable that C.dawg will continue the legacy in style, but today, we at Blue Pie and DJ Central send our condolences to those whose lives Jay touched, and remember the incredible leaps and bounds he accomplished in life. He will be missed. 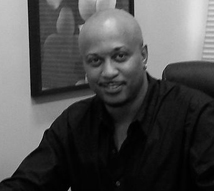 In 1998, Cliff began to branch out into Artist Management, Development & Bookings. In 1998 he formed Attika Records and was appointed CEO. The label opened offices in the US and Canada. Attika Records then merged with former CEO Nasty Ness Rodriguez of Nasty Mix Records and Crazy Pinoy Promotions. Crazy Pinoy Promotions had a great client base including Death Row Records, SONY, Warner Music, EMI and Capitol Records to name a few.

In 2008, Cliff was asked by Ron Turner of Global Music Group to start and head up divisions in Canada and California. Global Music Group had the Death Row Records catalog, worked with artists including "Return of the Mack" Mark Morrison, Kurupt from Death Row Records, and cb Shaw. During this period Cliff was constantly developing his network and building connections with producers like Adam H. from XOXO Entertainment in Canada who today is one of Cliff's close musical allies. 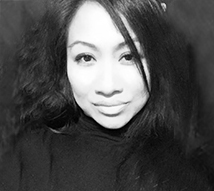 Toronto-based event planner/producer/consultant, Catherine Asperin of Visionary Concepts Global MGMT., (VCGM) has been involved in the Sports and Entertainment industry for over 15 years working in various aspects of each discipline. She has assisted and consulted in many diverse marketing campaigns and events for Professional Athletes and Recording Artists in their business ventures as well as other event marketing companies both large and small for upcoming businesses and talents in sports and music.

Her industry friends recognized her creative talents, her extraordinary organizational and customer service skills, and gradually became instrumental and sought after event consultant/planner for her industry and celebrity friends.

Catherine has a passion with a purpose and sincerely believes in giving back to global communities through events and working with her trusted friends and business associates in order to make her Clients/partners’ dreams a reality.

Currently, Catherine and her business partner are involved in a few upcoming international campaigns and a book. Catherine works with Jay and Cliff to manage the day to day bookings and key events for the company. 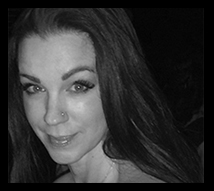 Tammy Williams aka "miss tam tam" brings her contribution to the group by contributing her public relations, marketing and online community management.

Based out of Calgary Alberta she has built her reputation and client base which ranges from athletes, public figures, corporate start ups, executives to major companies such as Bell, LG and Monster Headphones, by flawlessly facilitating clients brand awareness through collaborated value proposition. Her experience with user generated content while staying focused on result based strategies is invaluable.

Her experience in the fitness industry has contributed to her relentless drive and commitment. As an active philanthropist she deems paying it forward not just a catch phrase but a way of life. 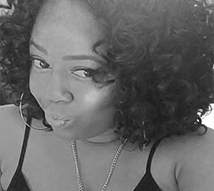 Tiffany has over five years of media and pr expertise in the entertainment industry. She has manages all aspects of corporate communication, including promotion, client relations, market campaigning, and customer programs. She is highly focused and trained in leveraging strategic P.R strategies.

She brings dedication and her global network to the table for the WON Agency. Tiffany Jene' Scott "TJene" manages the day to day press and media requirements for the artist roster and the company. 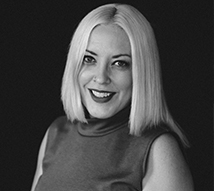 Brandy Leigh first started throwing shows and parties when she was 16, working out of community halls in Lethbridge, AB. Her first successes included now-legendary bands such as Dayglo Abortions, The Smalls and Nashville Pussy.

Since then, she’s applied those same ethics, loyalty, strong focus on her community, and staying true to herself in all her adventures. Building on the business acumen she gathered at NAIT in Edmonton, she opened her first clothing store in Calgary, AB, where she continued to practice many of the same ideals. After-hours, she’d put on all ages shows for the community, hosted jam spaces for up-and-coming bands, and was an important figure in the Calgary arts and music scene as a patron and supporter.

Brandy Leigh has also been a booking agent and tour manager for O’Brians Events, based out of Saskatchewan, who are a mainstay in Western Canadian booking and touring. Brandy Leigh is excited to apply her rock and roll aesthetics, keen fashion sense and deep community roots to the R&B world, where she’ll bring her decades of experience to the raddest parties this side of Toronto. 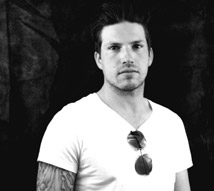 Blake Cheetham is a Canadian Entrepreneur and tour manager based in Calgary, Alberta, Canada. Blake has over 10 years experience in business and sales. He has worked with many leading artists including Canadian Juno Nominated artist Kay L. He has built a reputation for management, organisation and above all a high attention for details when launching an artist. His specialist skills are managing, building and putting together tours for the WON Agency roster of artists.

Blake is known for his attention to detail and making sure tour arrangements run smoothly, plans are executed on time and to budget. Blake works with the board of the WON Agency developing tours and events as well as managing the rosters ongoing touring commitments.